On the Seriousness of Tourists #16 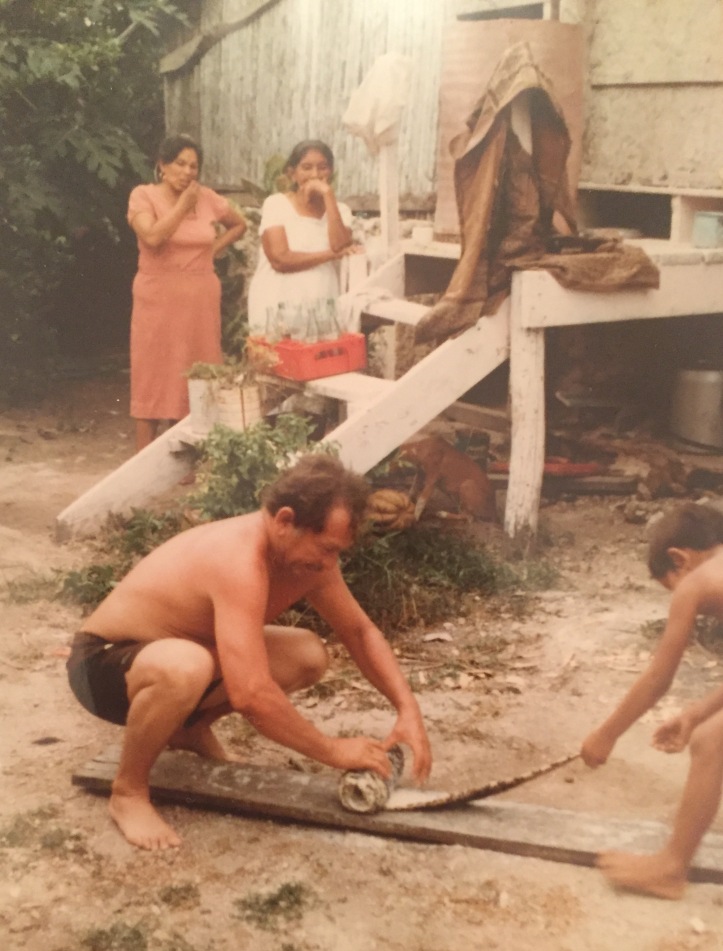 Whenever I tell people that I went to the Yucatan in the summer of 1983, that I slept on a beach in a hammock, that I ate live conch cut out of the shell, that I hiked into the jungle led by a machete-wielding man named Alamon, that I crawled deep into cenotes not fully excavated, they tell me, “that’s how you got into travel.”

I say yes and let the moment pass. It’s the cool story.

But it’s not the real story.

I was 15.  My parents said I could go on the trip if I saved 150 dollars.  I still have the passbook.  I permed my hair so it would look good wet.  No one told me it wouldn’t look good dry.  I was battling an eating disorder, but that really wasn’t a word everyone knew back then.  I managed my life on 700 calories a day and threw up the rest.  I still put baby oil on my skin and got almost as dark as my hair.

For three weeks, five teenagers led by two high school biology teachers and a professor from Texas would travel the Yucatan in a white Volkswagen van.  O the privilege!

There was a popular boy—the son of my father’s best friend—whose older brother I had crushed on since I was ten.  There was a boy with hearing problems with wavy  brown hair and tawny skin, who was definitely going to be handsome, but like any teen in the 80s who was different, well, he was different.  There was a girl who flirted between popularity and toughness.  She was Italian with permed hair too, but she carried herself like a jock, and somehow made the bad hair and the over-tan look good.  Plus, she talked to boys like they were human.  Let’s face it, she scared me.  The last girl, a quiet girl, a girl I had never heard of (after all, we were in a school of about 2000), was, well, she was going to be my friend.

To see the weeks slipping away, was to watch me become invisible.  My breasts were big and I was all bones.  I was so uncomfortable in a bathing suit, in my skin, I used any excuse not to disrobe.  I snorkeled, mostly, with a tee-shirt.  While the boys ignored me, I felt the eyes of men on me.  I curved inward.  The two boys and the popular girl became fast friends—they quoted movies to one another like witty banter.  I didn’t get it.  But still, I tried to think of a quote from a cool movie, a pretentious movie, any movie, Bambi, and I just couldn’t.  (I still can’t.)  The other girl and I ignored them and looked for snakes and scorpions and iguanas.

We all drank strawberry soda straight out of the bottle.

The other girl, the quiet girl, was long-legged and without curves.  Her hair was long and unpermed.  In the heat, it grew big and wild.   She chewed straws when she was bored.  She tied her baseball shirt up around her waist in a way I had not seen before.  She found a baseball cap and plopped it on her head.  Sometimes she wore it backwards.  (Remember, this was 1983 and just not done.)  She looked for iguanas and she quoted movies.  She was my first hipster. 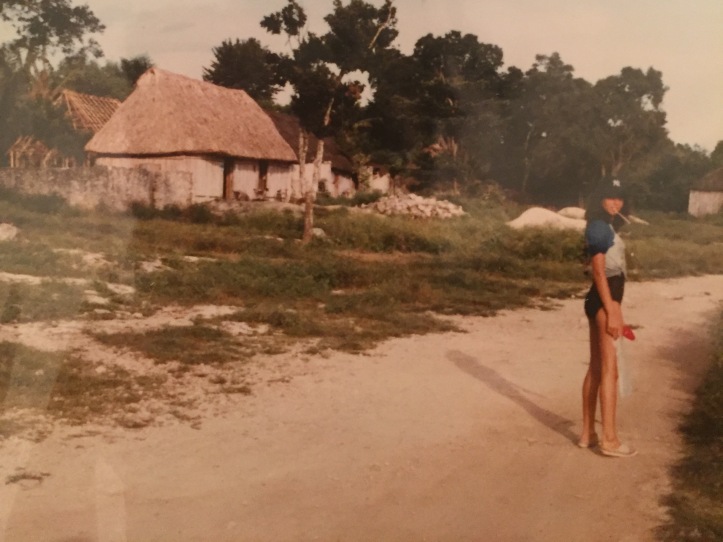 And soon, she quoted movies more than she looked for wildlife.

My journal entries from that trip are full of loneliness, but there are glimpses of insight.  I celebrated the day I talked to the popular boy about a book he was reading.  “He laughed at my joke and it wasn’t that funny.  But I bet this changes nothing at school or when our families get together,” I wrote.  I was right.

I began taking my photographs more seriously.  At first, I had used the camera to hide, but soon I just began observing.  One of those photographs I framed and gave to my mother.  She hung it in the kitchen.  Now it’s in my studio.

The night we slept on the beach, I had my period.  This was not Venice Beach; there were no bathrooms.  So I buried my tampons outside, saying a little prayer to a god I didn’t believe in that a pelican wouldn’t dig them up and choke to death.

My heels blistered from a hike and I fashioned mole skin from palm leaves.  I never once complained like the other girls did.

Not seeing the value in the tee-shirts and the tchotchkes, I came home with my journal and my pictures; they were my memories, they were my gifts.  I had more than fifty dollars left when I arrived back in the States.

Maybe that trip is the origin of my love and need for travel.  But what I learned on that trip was how to be alone and be okay with it.  It would take much longer to learn to love it.

The trip was the beginning of me.